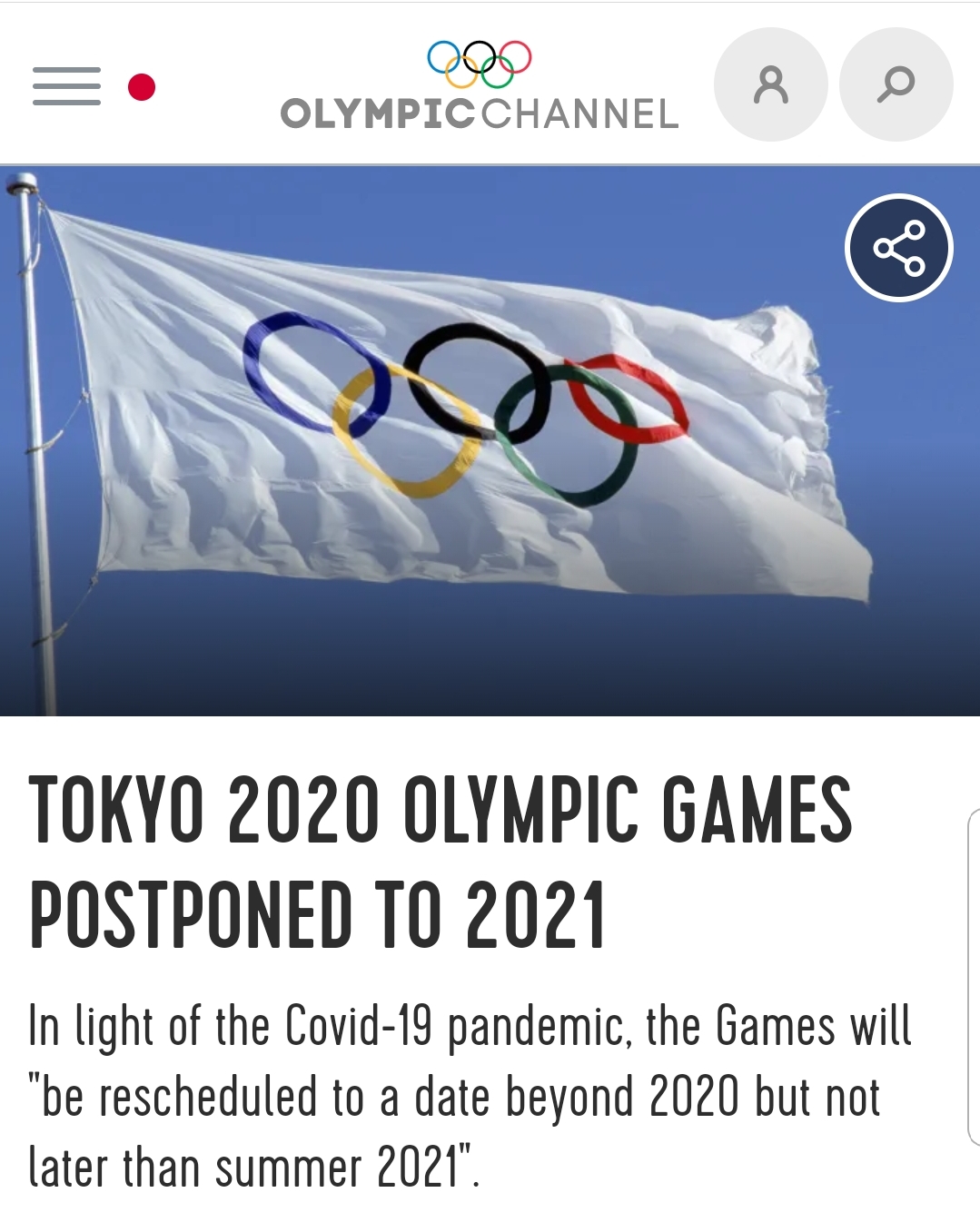 In light of the Covid-19 pandemic, the Games will "be rescheduled to a date beyond 2020 but not later than summer 2021".

The Olympic Games Tokyo 2020 have been postponed, the International Olympic Committee and Tokyo 2020 Organising Committee announced on Tuesday (24 March).

Originally scheduled to be held from 24 July-9 August 2020, the Games have been moved to next year due to the developing global situation in light of the Covid-19 pandemic. However, they will retain the Tokyo 2020 name.

The announcement came 122 days before the planned Opening Ceremony at the newly-built National Stadium in the Japanese capital.

A joint IOC-Tokyo Organising Committee statement said that following information provided by the World Health Organisation, "the IOC President and the Prime Minister of Japan have concluded that the Games of the XXXII Olympiad in Tokyo must be rescheduled to a date beyond 2020 but not later than summer 2021, to safeguard the health of the athletes, everybody involved in the Olympic Games and the international community."

While the Olympic Games have previously been cancelled during wartime, this is the first postponement of a Games.

"I proposed postponing the Games for around a year. President Bach said he agreed 100 per cent.

"Given the situation of the pandemic we agreed it would be difficult to hold the Games inside (this) year which is why we decided to postpone for around a year."